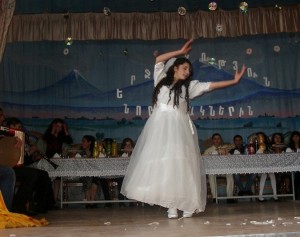 In the frames of the project national holiday Vardavar is already restored and celebrated in the village. The holiday had not been celebrated for already 50 years for objective reasons.  On February 24 an event devoted to St. Sargis was organized in the Culture 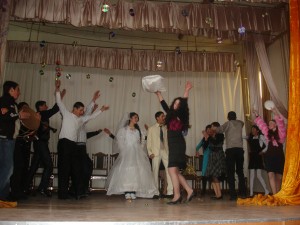 center on the initiative community center officer and volunteers. During the event traditions of old Armenian wedding and holding St. Sargis celebration were presented.

Young people presented how wedding used to be prepared in the past, old traditions that have been forgotten, for example, cooking the traditional gata (Armenian cake), singing the praises of the bride, the bride’s dance at the wedding, etc.  As organizers of the event mentioned, this event aimed to mobilize the community through such events and to restore forgotten traditions thus keeping Armenian culture and local identity for each community.

In Goghovit work is being done towards restoring celebrations of all Armenian holidays, based on the memories of older generation, to gather the traditions, songs and publish them in a special booklet.