During more than 12 years of implementation of the program in the villages of Northern Armenia, we identified a list of questions and problems encountered by women and young girls from these villages. They are located in 60-70 kilometers from the center.  The situation becomes even worse with the continuing migration of male population, which, on the one hand brings to the crisis of traditional forms of the family, and on the other hand increases the pressure on women who must take care of their households.

The level of women’s and young girls’ participation in the processes of socio-economic development of the villages is insufficient, which is connected with both low level of knowledge, and, very often, with total absence of legal knowledge. Based on our experience, we have come to understand that the longer we work with rural women, the better chances they have to become active members of their communities. For instance, there are communities where we have worked with women for almost 5 years, and now they have become self-organized and initiate activities to overcome the problems and issues they face. The young volunteers in the communities assist not only to organize activities within the community, but also serve as a bridge between the community and our organization in order to make the voices of women and young girls heard. This means that they have become active members of the society.

WFD projects have largely been led by communities’ needs and requests. Among other issues, more than 60% of women from the rural communities we work with raised the problem of internet connection in the village and their interest to learn and use computers.

The majority of the male population spend up to eleven months abroad, working for the family income. Thus, the internet is the easiest and cheapest way for them to keep in touch with their families. However, less than 7% of the rural families have a computer and internet connection. Even in these families who do have access it often remains the privilege of young men. This is troublesome, as it is a missed chance to provide access to resources on justice, healthcare and safe housing, which rural women to date often lack.

The computers and office equipments will be provided to the Peace Cafes established in 3 rural villages in Shirak region. One responsible young woman will be selected in each village, who can teach the basic computer and internet skills to the other members of the community, and make sure that the technical questions related to the computers will be solved. Connection to internet for rural women will be connection to the world, to use the resources available online and develop. As a result the women will be more informed and equipped with various necessary skills and be able to share this information with others in the community. 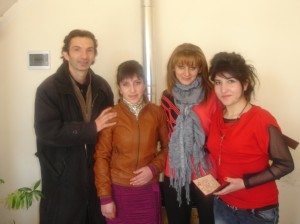 WFD is addressing problem of lacking internet access through the support of Global Fund for Women. Each community was provided with computers, which enabled them to access the internet. One responsible young woman was selected in each village to attend a training course in Gyumri, after which they went on to train women back in their villages. Thus, on average 25-30 women and girls in each community will learn how to use computers and the internet.

Next to the goal of providing internet access and skills, this was also a unique opportunity for young women trainers to develop their capacity, become independent and gain respect within their families and communities. This will give them a boost in confidence and motivation that will be beneficial for their personal development.

Young trainers agree that this has been a life-changing opportunity for them.

Here is what they have shared with us

“Aside from receiving throughout computer skills, I have also gained confidence…” 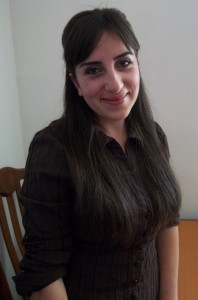 “Involvement in this project and the computer courses have brought many positive changes into my life. Aside from receiving throughout computer skills, I have also gained confidence. I fell that I am good at teaching, and through doing my job I have a small contribution in the development of my home community. During the course I met new friends /the participants from other communities/ and we still keep in touch with each other. These personal relations and communication are very important for me. I enjoy teaching a lot and am willing to answer every single question. Every single result of my work is what makes me truly happy and excited. I don’t notice how time goes during the classes.

After all, hearing the responses of community members makes me fell appreciated and satisfied. It gave me a perspective for a better future. Now I am eager to develop my professional skills further, I want to work, help my community and be independent.” 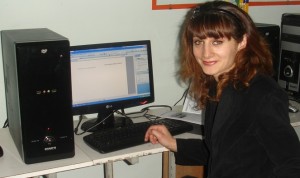 “I first learned about our community center, from Mariam Ghukasyan, the center’s officer. I was participating in meetings at the center and later also started volunteering for different events. Volunteering helped me to look into things from different perspective and also gave me the freedom to make suggestions for developing Torosagyugh. The later was especially effective when we were discussing the strategic plan for Torosagyugh.

Through volunteering I gain energy, new perspectives and motivation to bring change into my community. I think I started to love and appreciate my community even more than I used to. When I was chosen as the computer trainer for Torosagyugh, I was so happy and at the same time felt the entire responsibility. It would give me the opportunity to learn and also to transfer my knowledge to others. The classes are scheduled three days a week with two separate terms, because a lot of women have signed up.

I carry out my work with great pleasure and responsibility. Everyone in the village talks with appreciation about our community center and the computer classes. I am thankful to WFD for providing such an opportunity to Torosagyugh.” 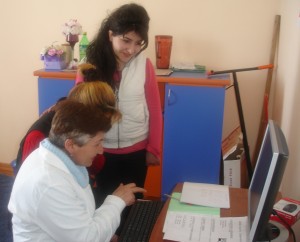 “It has been already three years since WFD established a community center in Arpeni. The meetings and events organized at the center were something new, interesting and also very important for me. Every Saturday and Sunday has been working days for me, because I was volunteering for the children’s group formed within the community center. We organized reading and painting activities, watched cartoons and played intellectual games. This made my and children’s daily life more interesting and effective.

My efforts and motivation were appreciated by WFD and I was given the opportunity to participate in the compute courses. Ever since, a lot has changed in my life. During these three months I gained comprehensive knowledge and skills to use and teach computer classes. Thanks to WFD, I now have a job.  Community members have started to treat me differently – they value my work. This is the reason, why more and more women express willingness to join the courses. These are the most important things that motivate me and give me higher sense of responsibility to do and to bring my best for Arpeni.” 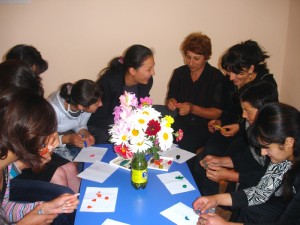 WFD believes mobilised and peaceful communities can be created first of all through communication between people. WFD took the idea of Canadian Peace Cafes and created something similar in Armenian communities: A place where both older and younger generations  engage in social dialogue. In these cafes, women and young girls discussed and learned about human rights, conflict management and gender equality. This helped them to solve conflicts, protect their rights and avoid violence.

The goal of this initiative was to increase women’s civil activism by raising their awareness of gender equality and women’s rights. Groups of 12-15 socially active women were formed in Goghovit, Lanjik and Musayelyan communities.

This helped rural women to learn how they can be more involved and make their voices heard in their communities. Women became motivated and confident, taking inspiration from other women who made positive changes in the society. They developed a sense of being an important part of the community, which inspired them to address issues affecting them and others.

The project contributed to breaking the stereotype of women merely working in the household and having no interest in social, community or political issues. 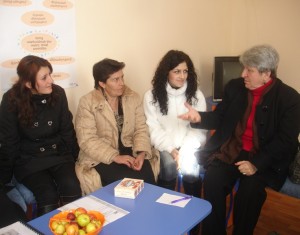 Prevention of HIV/AIDS and promotion of healthy lifestyle have been important objectives for WFD since its establishment. In the Shirak region, communities have only one medical point and one nurse working for the entire community, however small or large they are. Sometimes, it is very difficult for the nurses to reach everyone and provide necessary medical aid or consultancy.  Furthermore, women usually know little about reproductive rights and health, and often act with little care.

As part of the project, we held educational and informative meetings on health care issues, and these have proven to be an effective way to address these issues. “Healthy Family” centres were established in 70 villages equipped with the necessary literature, materials and first aid medication. The nurses of each community participated in special trainings and improved their skills to consult on family planning, HIV/AIDS, reproductive health and related issues. Several rounds of health care projects have covered more than 80% of the communities in the Shirak region over the past years.

As a part of a larger humanitarian initiative, UMCOR provided clothing and accessories for newborns (up to six months) to be distributed among more than 200 families in 10 communities. WFD coordinated the distribution of these packages.

Internet connection and computer skills were a “luxury” for local organisations in Shirak region back in 2000-2001. 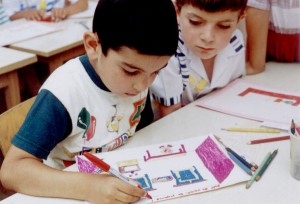 After the destructive earthquake in 1988, it was crucial to do everything possible to decrease the consequences of a similar disaster in the future.

WFD organized a campaign to raise awareness about how people can protect themselves during an earthquake. Furthermore, WFD prepared and promoted the regular circulation of protection rules on local TV channels and in local newspapers.

WFD carried out educational trainings in 60 schools of the Shirak region, involving more than 50,000 schoolchildren, teachers and parents in this process. The aim of the project was to give teachers and schoolchildren necessary techniques for save and secure behaviour in case of an earthquake.

In 1999, WFD continued this work with a series of trainings for NGOs and representatives of mass media.