WFD would like to thank all who support the organization for their commitment to building a developed and more peaceful environment in Armenia.

EED/BfDW,Church Development Service is an organization of the Protestant Churches in Germany. By means of financial contributions, personnel involvement, scholarships and consultancy services EED/BfDW supports the development work of churches, Christian and secular organizations. In this worldwide partnership, EED/BfDW is participating in establishing a fair society. It takes and promotes action to arouse and enhance people’s willingness to stand up to overcome need, poverty, persecution and violence.

ICCO works in 53 countries in Africa, Asia, Latin America and Eastern Europe. They give global financial support and advice to local organizations and networks that work for better access to basic facilities, initiating sustainable economical development and enhancing peace and democracy. ICCO also brings together enterprising people in the Netherlands and in developing countries.
http://www.icco.nl/nl/

The Global Fund for Women was founded in Palo Alto California by 4 bold women. The four were convinced that women’s human rights and dignity were essential to the advancement of global agendas for social, economic, and political change. Frustrated by traditional philanthropy’s lack of interest in funding women’s groups and human rights, they forged a new path, founding an organization that would fund women-led organizations directly – unheard of in the early 80’s.

Giving Women is a network of women involved in philanthropy who together pool their time, knowledge, professional experience, financial means and ideas in order to be more informed and effective givers. We form a bridge between women in need of support and women in a position to support them.
The mission of Giving Women is to support selected projects that are directed at women or founded by women, as well as to share knowledge and resources amongst women philanthropists in order to become more effective givers.

Throughout the past 25 years, Armenia Tree Project has mastered the art of growing and planting healthy trees in Armenia, and honed its ability to sustain and propagate the country’s natural resources.
ATP’s solution is holistic: both nature and people are integral forces that must work together
to create a sustainable, healthy and non-threatening environment.

The European Fund for Southeast Europe provides sustainable funding to micro and small enterprises, helping them to grow, generate additional income, and create employment, as well as to low-income families, assisting them in the improvement of their housing conditions.
The EFSE Development Facility (EFSE DF) was established in 2006 to support EFSE’s development finance mandate to enhance the long-term development impact of EFSE’s investments and to maximise outreach to micro, small and medium enterprises and low-income households.

The World Council of Churches Armenia Inter-Church Charitable Round Table Foundation (ART) is an ecumenical organization which in close collaboration with Churches and non-governmental organizations works to actively contribute to the poverty eradication, sustainable community development, active involvement of the church in the social work, overall development of civil society in Armenia and Nagorno-Karabakh.

Founded in 1996 the ART has evolved its activities in diverse areas, including development, capacity building, education, peace and reconciliation, diakonia and humanitarian aid. 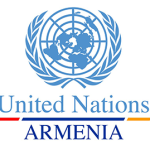 The United Nations is an international organization founded in 1945 after the Second World War. It brings together 193 member states (see the Member States Flags and UN System Chart  posters) to maintain international peace and security; develop friendly relations among nations; and promote social progress, better living standards and human rights.
Armenia was admitted to the United Nations on 2 March 1992, and on December of that year the United Nations established an office in Yerevan. Since then Armenia has signed and ratified a number of international treaties.
The UN Country Team is headed by UN Resident Coordinator and consists of 15 specialized agencies, funds and programmes.​In addition, the World Bank , International Finance Corporation and International Monetary Fund have offices in the country.

The Paros Foundation has earned a reputation as the “go to” organization to oversee project implementation in Armenia. Beginning with our support for seven exemplary local non-government organizations working with children, people with disabilities and the arts, the foundation works to help build a sustainable and vibrant homeland while improving living conditions for its most vulnerable populations.

For more than five decades, Peace Corps Volunteers in 141 countries have demonstrated ingenuity, creativity, and grit to solve critical challenges alongside community leaders.

Through the years, Peace Corps Volunteers have been connected by their passion for service and love for their host countries.

The transformative impact of the Peace Corps on the communities we serve and the Volunteers themselves can be measured in many ways.

Friends of Armenia’s mission is to support innovative, community-driven projects in Armenia, foster connections among its membership, and promote a better understanding among Americans of Armenia, its people and culture. Friends Of Armenia was incorporated in 2009, and supports Peace Corps volunteers in Armenia for over 10 years.

Philippossian & Pilossian Foundation is the new name of the Diran and Charles Philippossian Foundation.
This was born in 1992 on the initiative of Mrs. Irma Philippossian who wished to pay tribute to her husband Charles Philippossian, who died in 1987, for having devoted himself body and soul to the Armenian cause by being the President of the Armenian Community. of Switzerland for more than 25 years and by participating, among other things, in the construction of the Armenian Church of Troinex and its cultural center.
Exclusively humanitarian and of public utility. Mainly by supporting the Saint Gregory the Illuminator Foundation and by giving scholarships to deserving Armenian students to enable them to pursue their studies either in Armenia or in the Diaspora so that they are able to help their country and/or to represent it brilliantly. Moreover, she is interested in any project helping to spread Armenian culture in the world, such as the book fair, concerts or exhibitions of Armenian painters.