On May 18, 2011, a seminar “Role of Mass Media in causing conflicts and its prevention” was organized in the frames of the project “Community mobilization in Armenia through raising participation, healthy lifestyle and peace education”. Participants of the seminar were 19 members of “Journalists’ clubs” established in community centres in five villages of Shirak region. Marina Juharyan, the Public Relations responsible of WFD conducted the training. 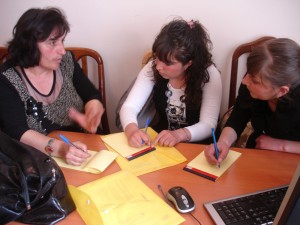 The training included theoretical material about the main operations of mass media, rules and principles of journalists’ professional ethics, main genres of journalism. Examples were discussed with the participants, small scenarios were performed, which mainly dealt with the influence mass media has in causing and prevention of conflicts. The basic principles of designing a poster was introduced. Participants were given brochures for young journalists prepared by WFD.