On 19 December 2011, Jina Sargizova, a gender specialist, held discussions and talks on “Gender and gender equality” in Tsoghamarg and Arpeni villages. 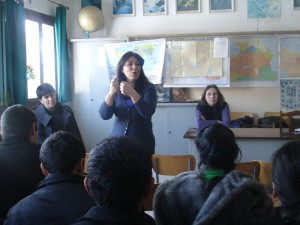 Meetings aimed to inform participants on gender issues, to differentiate gender from sex, to speak about different problems of gender equality in our country. Through various examples J. Sargizova presented the notions of “gender” and “sex”. Based on our mentality, stereotypes, our perceptions of men and women we undertake certain roles, make division of work and all this is later expressed in the economic, political, social spheres of the country. 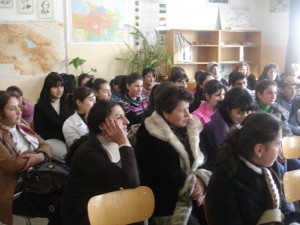 During the meeting the statistic data in the labour market of Armenia were discussed, which show gender inequality and gender discrimination in this sphere. Gender equality is first of all a human right. Women and men, have the right to live in descent conditions and a descent life, which is stated in RA Constitution.  The conclusions in both meetings were the same: empowerment of women and their involvement in all kinds of economic, political, management activities will become a basis for raising the social-economic well being and reduction of poverty on personal, community and state levels.