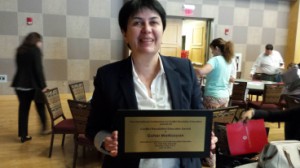 As stated in the official award document, G. Markosyan has been selected for this award because she has consistently and persistently shown her dedication to peace education as a way of developing a culture of peace in Armenian schools.